Zwaag was founded in the 13th century. The church tower is dated to around 1500. Originally, the population consisted of sailors and artisans. Zwaag was a town then, but it lost its city rights after prolonged disputes with nearby Hoorn. As of the 15th century, Zwaag was village of berry growers and dairy farmers. From 1900 onwards, more and more greenhouse were built for growing flowers. In 1979 it became part of Hoorn in 1979 in order for Hoorn to expand and take up surplus population of Amsterdam. Most of the land that belonged to Zwaag is now urbanized and on places where no houses are built, industrial zones have sprung up.

Village center
Add a photo to this gallery

Zwaag is a village in the municipality of Hoorn, region of West Friesland, province of North Holland, the Netherlands. 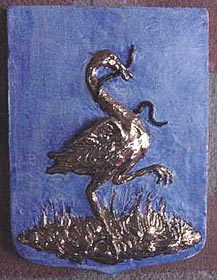 Retrieved from "https://familypedia.wikia.org/wiki/Zwaag?oldid=1214688"
Community content is available under CC-BY-SA unless otherwise noted.