William Reierson Arbuthnot (b. 28 January, 1826; d. 31 May, 1913) was a British businessman and legislator. He served as a member of the Madras Legislative Council from 1861 to 1864 and 1866 to 1870. Worked with Arbuthnot & Co Chairman Bank of Madras & Chamber of Commerce of Madras; Director Commercial Union Insurance Co & of the Midland Bank Ltd.

Willy Arbuthnot was born on 28 January, 1826 to George Arbuthnot and Elizabeth Fraser of Plawhatch, Sussex. He belonged to the Scottish Arbuthnot family that was involved in business in Madras.

Willy married Mary Helen Anstruther, the eldest daughter of Philip Anstruther, the Colonial Secretary of Ceylon on December 9, 1858. The couple had eight sons and six daughters. 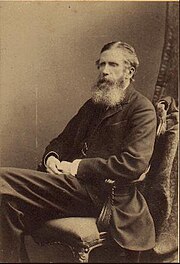