Vasile Boerescu (January 1, 1830 - November 18, 1883) was a journalist, lawyer and Romanian politician who served as the Minister of Justice, Minister of Foreign Affairs, Minister of Religion and Public Instruction and held other various governmental offices during the existence of United Principalities.

During the Wallachian Revolution of 1848, Boerescu was a student at Saint Sava National College in Bucharest and worked for a local newspaper. He graduated from college in 1850, and after a period of training at the School of Law in Bucharest, he moved to Paris where he obtained his license in 1855 and PhD in Law in 1857. In October of 1857, he also founded the newspaper Naţionalul.

While in France, Boerescu promoted political rights of the Romanians under foreign prince. In 1857, after returning to Romania, he was hired as a professor of commercial law at the College of Saint Sava and in 1859 he started teaching law at the University of Bucharest. In March 1871, he became the rector of Bucharest University and in October 1873 a Dean of the Law Faculty. 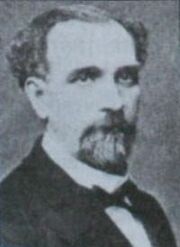