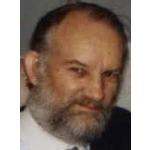 http://robinfpatterson.tribalpages.com/ is my tribalpages site with over 14,000 relatives, collaterals, inlaws, and a few strays, updated to 2014 - or March 2018 if the latest upload goes well. No guarantee of total accuracy but mostly fairly well checked; corrections welcome!

My WorldConnect file (similar to TribalPages but with truly excellent ancestry and descendant charts) was still unable to be updated on 13 May 2018, though other parts of RootsWeb had been fixed. To find it once you reach WorldConnect, search for William Gibson Patterson, born 1915 in Wellington. Mine is ~robinp but there may be partial copies by other people.

My data on Geni was uploaded in 2009 and I have done little with it since; other people have extended it backwards in time in several lines and added numerous distant cousins - not all genuine.

(All administrators of this site should check Forum:Help desk frequently in case somebody's question is unanswered - or maybe just add the category to your watchlist? - and check MediaWiki:Community-corner occasionally.)

. Possible descendant of Muhammad (though The Henry Project severs a link in the line that Geni.com showed me)

Much more likely than Caesar is the current relationship to the man believed to be the last full-blooded Moriori: Geni.com tells me that Tame Horomona Rehe (1884-1933) "is Robin Forlonge Patterson's third cousin's wife's second great uncle's wife's second great niece's husband's father!" - http://www.geni.com/path/Robin-Patterson+is+related+to+Tame-Rehe?from=6000000003043152168&to=6000000012989247082 - but that doesn't make him a relative in the normal sense of the word. As that zigzag path includes Cochrane relatives, my "Patterson" cousins and second cousins have the same relationship to Tame, while the Patterson and Cochrane third cousins have a slightly closer relationship. Most of the New Zealanders in the path were born in the South Island, unsurprisingly. See more on my Moriori subpage.

Related question: are there any full-blooded Maori left? If so, would they please display their known whakapapa on Familypedia? (See also my Maori links subpage.)

Member of New Zealand Society of Genealogists since 1974.
I was one of the "top" 20 volunteer contributors to web directory Zeal - where my first interest was genealogy.
I have been active on a few Wiktionaries and a dozen Wikipedias etc; see, for example, http://sm.wikipedia.org/wiki/User:Emijrp/List_of_Wikipedians_by_number_of_edits; commended on the "Te Reo" Wikipedia by the fellow whom I had promoted but who later demoted me.

(Because I started them. I have reduced this a bit in 2015 and a few since; the Peize people will need special treatment, possibly worth employing a bot for.)

Spam patrol if I have timeEdit

(which can be several times most days)

Lucken Crawford and John Gordon were my nearest ancestors among those. Robina Sewster's mother was Anna, sister of Oliver Cromwell.

Retrieved from "https://familypedia.wikia.org/wiki/User:Robin_Patterson?oldid=1476544"
Community content is available under CC-BY-SA unless otherwise noted.