Familypedia
Register
Don't have an account?
Sign In
Advertisement
in: Non-SMW people articles, Freudenberg (surname), Born in 1918,
and 4 more

He was born and raised at 92 Jefferson Avenue in Jersey City and was an only child.

He attended Public School 6 and he appears in the 1930 US Census living at 61-63 Concord Avenue in Jersey City. He graduated from William L. Dickinson High School in 1935.

Richard enlisted in the United States Army on January 15, 1944. He was inducted on February 6, 1944 and served in the 384th Ordinance Heavy Maintenance Company at Fort Ord in California during World War II. He was honorably discharged on April 16, 1945.

He died at Hackensack Medical Center at 30 Prospect Avenue in Hackensack of "arteriosclerotic cardiovascular disease". Richard was living at 103 Bell Avenue in Hasbrouck Heights, New Jersey when he died. He left a handwritten will dated November 13, 1990. 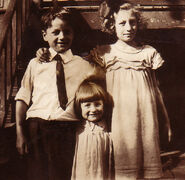 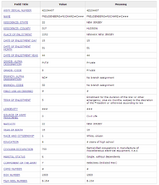