They raised Oscar after the death of Caroline.

Oscar Arthur Lindauer was General Secretary of the Men's Club of Lafayette Church in Jersey City, New Jersey. This was recorded in "In Memoriam Elbert and Alice Hubbard, 1915". On June 8, 1915 they passed a resolution honoring the late Elbert Hubbard.

Oscar Arthur Lindauer registered for the draft on September 12, 1918. He was working as a clerk at the C. Howard Slater real estate agency at 305 Pacific Avenue in Jersey City. He was living with his wife, Jean Louise Courter at 8 Park Street in Jersey City. He had gray eyes, black hair, and was slender and of medium build.

After 1940 he moved to Cincinnati, Hamilton County, Ohio with his wife.

He was buried on October 06, 1948 in Fairmount Cemetery at 620 Central Avenue in Newark, Essex County, New Jersey.

Oscar is named after his grandfather: Oscar Arthur Moritz Lindauer (1815-1866) who was born in Strasbourg, Alsace in France where the family spoke German.

Try and find his marriage certificate, and look for a photo from his grandchildren.

Charles Lindauer, from Pennsylvania and Caroline Ritter in the 1870 US census 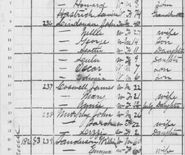 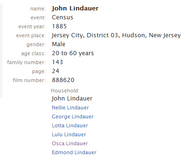 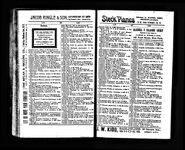 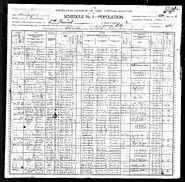 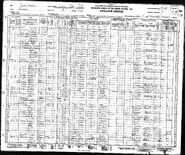 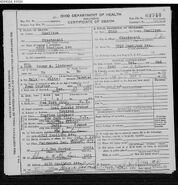 Tombstone
Add a photo to this gallery
Retrieved from "https://familypedia.wikia.org/wiki/Oscar_Arthur_Lindauer_(1872-1948)?oldid=1009817"
Community content is available under CC-BY-SA unless otherwise noted.