Mircea Filotti was born in Bucharest, Romania in 1892. He studied agronomy in Bucharest and thereafter got a PhD in agricultural sciences at the University of Leipzig, Germany.

After World War I he was turned to film journalism and published reviews of films in various magazines such as the "Cuvântul Liber". Part of his articles were signed under the pen name "Mircea Teofil".

Turning to film screen-writing and producing he created in 1927 the company “Indro-Film” which was able to produce a single film, "Lia" directed by Jean Mihail. In order to appeal to international audiences, Mircea Filotti was able to sing up German actress Lilly Flohr next to an all Romanian cast including George Vraca, Aurel Costescu-Duca, Gheorghe Carussy, Eugen Giurgea, Radu Popeea and Mia Theodorescu. Romanian film magazine “Rampa” published extremely favorable reviews.

Both the appearance of the talkies and the Great Depression made film producing economically difficult in Romania. Therefore Mircea Filotti abandoned his involvement with the film industry and returned to his expertise in agronomy. He worked as department head in the Ministry of Agriculture and, after 1948 as expert at the Institute for Technical Documentation of Bucharest.[1][2][3] 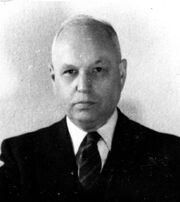