His first name has always been written as "Max" which may be short for Maximilian. His middle name may be "Sigmund" or "Siegmund" after his father, but no written record of it has been found to date. His son, Arthur Oscar Freudenberg I (1891-1968) listed him as "Maximilian" in his own 1923 vanity biography.

He was born on October 25, 1858 in Berlin, Germany. Civil registration became mandatory in all German states on January 1, 1876.[1] Prior to that time only religious records would exist.

His parents were Jewish but Saint Matthaus Deutsche Evangelische Lutherische Kirke, in Hoboken, recorded the death of his first child, Max Freudenberg II. His son, Arthur Oscar Freudenberg became a congregationalist. His son Louis Julius Freudenberg I, who died in WWI was first buried with a Star of David on his tombstone but his mother, Eloise Lindauer, changed it to a cross. She may have been the one that shifted the children to Christianity from Judaism. The Lindauers, most likely, were Protestant.

Max Freudenberg arrived in the United States from Germany on May 11, 1869 at age 9, with his two siblings.[2] His father had arrived alone in 1867. According to the oral family tradition, it was believed that Max emigrated from Germany around 1875 while working as a cabin boy on a ship. However, the 1900 census listed his immigration year as 1865, when he was 7 years old. The Freudenberg were in the 1870 census of New York City, in the household of Sigmund and Augusta Freudenberg. This Sigmund was in the life insurance business. Based on the gap in ages of Sigmund's children, Augusta would have been Sigmund's second wife. Max had sisters Jennie and Gertrude, which explains the name of his daughter "Jenny Gertrude." Sigmund and Augusta moved on to Philadelphia by 1880. Max's brother, Alfred, appears in the Philadelphia House of Correction in the 1880 census.

He married Eloise Lindauer II (1860-1935)‎ around 1878 and they lived with her parents at 51 8th Street, Hoboken, New Jersey. They appear in the 1880 United States Census. Max was Jewish but Eloise may have been Lutheran and may have raised the children Lutheran or without a religion. One child's death in Hoboken was recorded at the Lutheran church.

Eloise and Max had 15 children, 5 died as children, 9 lived to adulthood, and 5 of them had children and grandchildren. The children were:

^ These lines are extant. ✝ These died as infants.

Although his father was Jewish, in 1881 he was at Saint Matthew's-Trinity Lutheran Church on Washington Street and 8th Street in Hoboken. The church was directly across the street from the family apartment. The church was also known as Saint Matthaus Deutsche Evangelische Lutherische Kirke. The church recorded the death of his child: Max Freudenberg II.

Eloise and Max rented a home at 89 Adam Street in Hoboken from about 1888 to 1893, then they moved to 220 Madison Street, Hoboken, New Jersey till at least 1903. Most of their children were born at 220 Madison Street. After 1903 they moved to 51 Booraem Avenue in Jersey City and stayed until around 1910. In 1910 they appear on the US Census living at 22 Hopkins Avenue in Jersey City. The family has not been located in the 1920 US Census. They were living at 63 Concord Street in Jersey City when Max died in 1921.

In 1922 Max's son, Arthur, wrote: "Maximilian Freudenberg was active in the insurance business in New York City for many years, in the capacity of actuary in the German department of the Metropolitan Life Insurance Company". Eloise, his wife wrote in 1918 that Max was a "clerk, [earning] $36.00 per month when [he is] employed. [He] works only about one half the year due to heart trouble."

Max died in 1921 of "cardiac insufficiency with chronic parenchymatous nephritis" at 63 Concord Street, Jersey City, New Jersey and he was buried in Flower Hill Cemetery, North Bergen, New Jersey with his wife and several of his children including:

Max's funeral notice, marriage certificate, and appearance in the 1920 United States Census have still not been located. 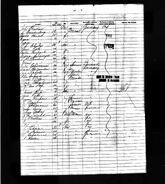 1867 arrival of his father in United States 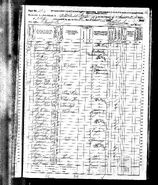 1870 US census living in Manhattan 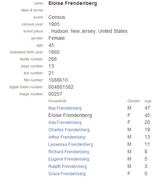 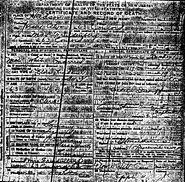 Sexton card
Add a photo to this gallery
Retrieved from "https://familypedia.wikia.org/wiki/Max_S._Freudenberg_I_(1858-1921)?oldid=1447400"
Community content is available under CC-BY-SA unless otherwise noted.