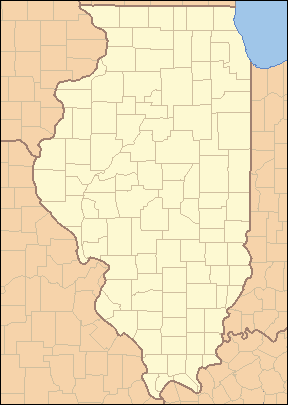 There are 102 counties in the state of Illinois.

Information on the FIPS county code, county seat, year of establishment, origin, etymology, population, area and map of each county is included in the table below.

Illinois's postal abbreviation is IL and its FIPS state code is 17.

Note: the links in the FIPS County Code column are to the Census Bureau info page for that county.

Wikimedia Commons has media related to:
Counties in Illinois

Retrieved from "https://familypedia.wikia.org/wiki/List_of_counties_in_Illinois?oldid=958427"
Community content is available under CC-BY-SA unless otherwise noted.