Familypedia
Register
Don't have an account?
Sign In
Advertisement
in: Messerly (surname), Born in 1924, Died in 1944,
and 2 more

Edit Facts
Julian W. Messerly As Sergeant in the Army Air Corps during World War II, Julian flew in the Red Growler, a B-24H/J Liberator. His position was gunner. In 1943, the unit flew out of Station 137 Lavenham Base in Suffolk, England, an area that has now reverted to farm land. [1]

As part of the preparations for the D-Day invasion, the Red Growler went on a mission to bomb Munster, Germany on May 30, 1944. Flak damaged the Red Growler crashed into the North Sea, all but one crew member was saved. 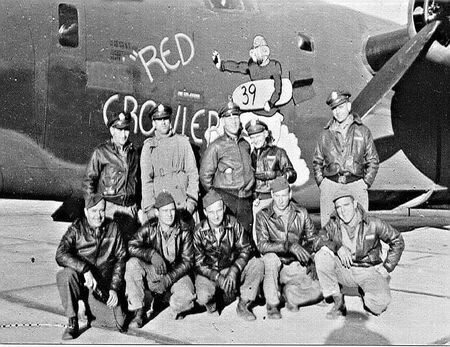 Julian (pictured 2nd from right, bottom row) with his mates in the Red Growler (click image for clickable image. 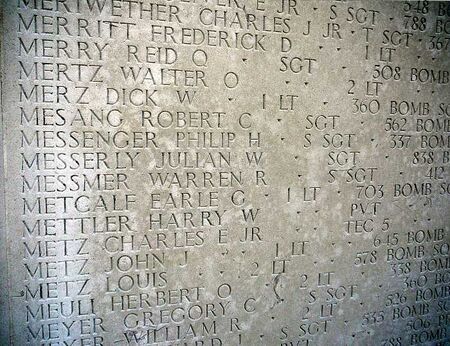 Julian's name on the Wall of the Missing