Queen Victoria was the granddaughter of George III and was an ancestor of most major European royal houses. She arranged marriages for her children and grandchildren across the continent, tying Europe together; this earned her the nickname "the grandmother of Europe". She was the last British monarch of the House of Hanover; her son King Edward VII belonged to the House of Saxe-Coburg and Gotha, the line of his father, Albert, Prince Consort. Under semi-Salic law, Victoria could not inherit the Kingdom of Hanover and the Duchies unless the entire male line became extinct; those possessions passed to the next eligible male heir, her uncle Ernest Augustus I of Hanover, the Duke of Cumberland and Teviotdale—the fifth son of George III.

The current head of the House of Hanover is Ernst August V, Prince of Hanover.

George, Duke of Brunswick-Lüneburg, is considered the first member of the House of Hanover. When the Duchy of Brunswick-Lüneburg was divided in 1635, George inherited the principalities of Calenberg and Göttingen, and in 1636 he moved his residence to Hanover. His son, Duke Ernest Augustus, was elevated to prince-elector of the Holy Roman Empire in 1692. Ernest Augustus's wife, Sophia of the Palatinate, was declared heiress of the throne of Great Britain (then England and Scotland) by the Act of Settlement of 1701, which decreed Roman Catholics could not accede to the throne. Sophia was at that time the senior eligible Protestant descendant of James I of England.

Ernest Augustus and Sophia's son, George I became the first British monarch of the House of Hanover.[1]:13 The dynasty provided six British monarchs:

Of the Kingdoms of Great Britain and Ireland:

Of the United Kingdom of Great Britain and Ireland:

George I, George II, and George III also served as electors and dukes of Brunswick-Lüneburg, informally, Electors of Hanover (cf. personal union). From 1814, when Hanover became a kingdom, the British monarch was also King of Hanover. 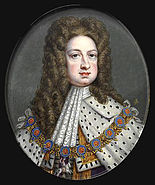 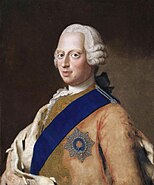 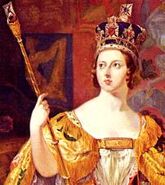 In 1837, however, the personal union of the thrones of the United Kingdom and Hanover ended. Succession to the Hanoverian throne was regulated by semi-Salic law (agnatic-cognatic), which gave priority to all male lines before female lines, so that it passed not to Queen Victoria but to her uncle, the Duke of Cumberland.[1]:13,14 In 1901, when Queen Victoria died, her son and heir Edward VII became the first British Monarch of the House of Saxe-Coburg and Gotha, Edward taking his family name from that of his father, Prince Albert of Saxe-Coburg-Gotha.[1]:14

Kings of Hanover after the breakup of the personal unionEdit

After the death of William IV in 1837, the following kings of Hanover continued the dynasty: 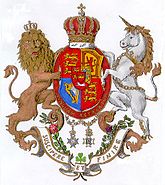 Coat of arms of the kingdom of Hanover 1837 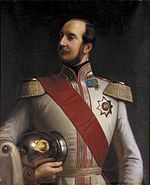 The Kingdom of Hanover came to an end in 1866 when it was annexed by Prussia. The 1866 rift between the House of Hanover and the House of Hohenzollern was settled only by the 1913 marriage of Princess Viktoria Luise of Prussia to Ernest Augustus, Duke of Brunswick.

In 1884, the senior branch of the House of Welf became extinct. By semi-Salic law, the House of Hanover would have acceded to the Duchy of Brunswick, but there had been strong Prussian pressure against having George V of Hanover or his son, the Duke of Cumberland, succeed to a member state of the German Empire, at least without strong conditions, including swearing to the German constitution. By a law of 1879, the Duchy of Brunswick established a temporary council of regency to take over at the Duke's death, and if necessary appoint a regent.

The Duke of Cumberland proclaimed himself Duke of Brunswick at the Duke's death, and lengthy negotiations ensued, but were never resolved. Prince Albert of Prussia was appointed regent; after his death in 1906, Duke John Albert of Mecklenburg succeeded him. The Duke of Cumberland's eldest son died in a car accident in 1912; the father renounced Brunswick in favor of his youngest son Ernest Augustus, who married the Kaiser's daughter, swore allegiance to the German Empire, and was allowed to ascend the throne of the Duchy in November 1913. He was a major-general during the First World War; but he was overthrown as Duke of Brunswick in 1918. His father was also deprived of his British titles in 1919, for "bearing arms against Great Britain".

The later heads of the House of Hanover have been:

see Line of succession to the Hanoverian Throne

The family has been resident in Austria since 1866; it has held courtesy titles since 1919.

See List of members of the House of Hanover.

Patrilineal descent, descent from father to son, is the principle behind membership in royal houses, as it can be traced back through the generations, which means that the historically accurate royal house of monarchs of the House of Hanover was the House of Lucca (or Obertenghi, or Este, or Welf).

This is the descent of the primary male heir. For the complete expanded family tree, see List of members of the House of Hanover.

Wikimedia Commons has media related to:
House of Hanover

Listen to this article (info/dl)

This audio file was created from a revision of House of Hanover dated 2005-05-04, and does not reflect subsequent edits to the article. (Audio help)
More spoken articles

Retrieved from "https://familypedia.wikia.org/wiki/House_of_Hanover?oldid=1007504"
Community content is available under CC-BY-SA unless otherwise noted.