Familypedia
Register
Don't have an account?
Sign In
Advertisement
in: Murray (surname), Born in 1761, Died in 1803,
and 7 more

He is best remembered for his work developing Britain's first optical telegraph, which began relaying messages from London to Deal in 1796, a few years after Claude Chappe's system began operation in France. He was Bishop of Saint David's from 1801 until his death. 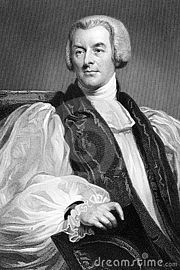