Ferenc Herczeg (born Franz Herzog, 22 September 1863 in Vršac – 24 February 1954 in Budapest) was a Hungarian playwright and author who promoted conservative nationalist opinion in his country. He was nominated for the Nobel Prize in Literature three times.[1]

He founded and edited the magazine Új Idők ("New Times") in 1895. In 1896 he was elected to parliament and in 1901 became the president of the Petőfi Society.

One of his best novels, Dream Country (1912) tells how the love affair of an American business magnate and a Hungarian adventuress ends in jealousy and murder in the course of a yacht tour from Athens and Istanbul to Venice. In 1926 and in 1927 he was nominated for the Nobel prize on the score of The Gate of the Life (1919), a historical novel about archbishop Tamás Bakócz (the only Hungarian aspirant ever to the papal throne), set in 16th century Rome.

A major recurring theme of his novels is the conflict of a rich heir with his brother, cousin or rival long cheated out of his lawful rights (Huszt of Huszt 1906, The Two Lives of Magdalena 1917, Northern Lights 1930).

Category:Members of the House of Magnates 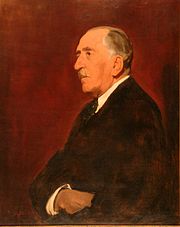