Elias Howe, Jr. was born on July 9, 1819, to Dr. Elias Howe, Sr., and Polly (Bemis) Howe in Spencer, Massachusetts. Howe spent his childhood and early adult years in Massachusetts where he apprenticed in a textile factory in Lowell beginning in 1835. After mill closings due to the Panic of 1837, he moved to Cambridge, Massachusetts, to work as a mechanic with carding machinery, apprenticing along with his cousin Nathaniel P. Banks. Beginning in 1838, he apprenticed in the shop of Ari Davis, a master mechanic in Cambridge who specialized in the manufacture and repair of chronometers and other precision instruments. It was in the employ of Davis that Howe seized upon the idea of the sewing machine.

Contrary to popular belief, Howe was not the first to conceive of the idea of a sewing machine. Many other people had formulated the idea of such a machine before him, one as early as 1790, and some had even patented their designs and produced working machines, in one case at least 80 of them. However, Howe originated significant refinements to the design concepts of his predecessors, and on September 10, 1846, he was awarded the first United States patent (U.S. Patent 4,750) for a sewing machine using a lockstitch design. His machine contained the three essential features common to most modern machines:

A possibly apocryphal account of how he came up with the idea for placing the eye of the needle at the point is recorded in a family history of his mother's family:

He almost beggared himself before he discovered where the eye of the needle of the sewing machine should be located. It is probable that there are very few people who know how it came about. His original idea was to follow the model of the ordinary needle, and have the eye at the heel. It never occurred to him that it should be placed near the point, and he might have failed altogether if he had not dreamed he was building a sewing machine for a savage king in a strange country. Just as in his actual working experience, he was perplexed about the needle's eye. He thought the king gave him twenty-four hours in which to complete the machine and make it sew. If not finished in that time death was to be the punishment. Howe worked and worked, and puzzled, and finally gave it up. Then he thought he was taken out to be executed. He noticed that the warriors carried spears that were pierced near the head. Instantly came the solution of the difficulty, and while the inventor was begging for time, he awoke. It was 4 o'clock in the morning. He jumped out of bed, ran to his workshop, and by 9, a needle with an eye at the point had been rudely modeled. After that it was easy. That is the true story of an important incident in the invention of the sewing machine. 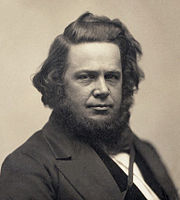