He was taken to hospital on Sunday after he became suddenly ill.

Born at Grafton in 1898, Mr. Eggins was first elected to the Federal Parliament in 1949 when he won the new seat of Lyne from five other candidates.

He was a member of the N.S.W. Legislative Council for nine years until 1949.

He was on the council of the Royal Agricultural Society for some years, and was regarded as one of its most active members.

He is survived by Mrs. Eggins, a son, and three daughters.

The chairman of the Australian Country Party, N.S.W., Mr. E. C. Sommerlad, M.L.C., said last night that Mr. Eggins had rendered great service to the Country Party inside and outside Parliament. The funeral will leave Wood Coffill's, Chatswood, at 2.30 p.m. to-day, for the Northern Suburbs Crematorium. 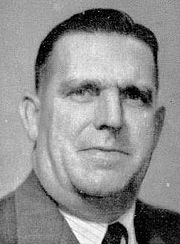