Cristuru Secuiesc (Hungarian: Székelykeresztúr) is a town in Harghita County, Romania. It lies in the Székely Land, an ethno-cultural region in eastern Transylvania.

The town was part of the Székely Land area of the historical Transylvania province. It belonged to Udvarhelyszék until the administrative reform of Transylvania in 1876, when it fell within the Udvarhely County of the Kingdom of Hungary. After the Treaty of Trianon of 1920, it became part of Romania and fell within Odorhei County during the interwar period. In 1940, the second Vienna Award granted the Northern Transylvania to Hungary and the town was held by Hungary until 1944. After Soviet occupation, the Romanian administration returned and it became officially part of Romania in 1947. Between 1952 and 1960, the town fell within the Magyar Autonomous Region, between 1960 and 1968 the Mureş-Magyar Autonomous Region. In 1968, the province was abolished, and since then, the town has been part of Harghita County.

Demographic movements according to census data: 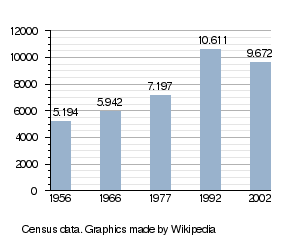 The Unitarian Gimnazium (secondary school) was established in the 18th century. The Catholic church has medieval murals.