Charles Arbuthnot (14 March 1767 – 18 August 1850) was a British diplomat and Tory politician. He was Ambassador to the Ottoman Empire between 1804 and 1807 and held a number of political offices. He was a good friend of the Duke of Wellington. His second wife, Harriet, became a hostess at Wellington's society dinners, and wrote an important diary cataloguing contemporary political intrigues.

Arbuthnot was son of John Arbuthnot of Rockfleet and brother of bishop Alexander Arbuthnot, General Sir Thomas Arbuthnot and General Sir Robert Arbuthnot. He was born in Rockfleet, County Mayo, Ireland, but much of his upbringing was with his mother's relations, the Stone family.

Arbuthnot was first married on 28 February 1799 to Marcia Mary Anne Clapcott Lisle, at Cholmondeley House, Piccadilly. His first wife was born on 9 July 1774, and had been Lady-in-Waiting since 1795 to Caroline of Brunswick, Princess of Wales. Marcia's portrait was painted by John Hoppner and an engraving of the portrait was made by Joshua Reynolds. The couple's four children included General Charles George James Arbuthnot and Marcia Arbuthnot, who later married William Cholmondeley, 3rd Marquess of Cholmondeley. She died in Constantinople on 24 May 1806.

After being widowed, Arbuthnot married a second time on 31 January 1814 at Fulbeck, Lincolnshire, to Harriet Fane (1793-1834), a daughter of the Hon. Henry Fane. Harriet was fascinated by politics. During her marriage to Arbuthnot, she became a hostess at society dinners given by Arbuthnot's good friend, the Duke of Wellington. During the latter years of Arbuthnot's life, after the death of Harriet, he lived in Apsley House, the Duke's London residence, as his confidential friend. Their story is told in Wellington and the Arbuthnots by E. A. Smith.[7] which refutes the suggestion that Harriet was Wellington's mistress.

Harriet's portrait was also painted by John Hoppner and it is now in Foundation Lazzaro Galdiano, Madrid. Sir Thomas Lawrence's portrait of her is at Woodford, Northamptonshire. Her diaries were published as The Journal of Mrs Arbuthnot in 1950.[8] 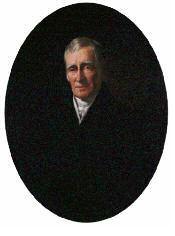