In 1941, after years of abuse, Betsy Jane left her husband and, taking her children, walked from West Molesey to Twickenham. Her aunt had advised her that there was a suitable house available for her there.

Betsy Jane settled in Twickenham, where she lived for many years in Garfield Road and raised her children as a single mother. Her husband was ordered to pay child support, although he was unreliable in making payments.

Betsy Jane ran a series of cafés throughout south west London, including for many years the café in Radnor Gardens. The full address was The Cafe, Radnor Gardens, Cross Deep, Twickenham TW1 4QG.

Betsy Jane also worked as a chef, being the head chef at Richmond Police Station and briefly a chef in a bed and breakfast in Richmond. She also baked and made toffee apples to sell to local children.

Betsy Jane enjoyed board games and darts, winning trophies in local darts competitions. She had corgis and pet canaries. She especially loved pomegranates.

On 31 March 1959, Betsy Jane's six-year-old neighbour Paul Michael Lewis was found strangled at the grounds of York House in Twickenham, having been assaulted. Betsy Jane gave a statement to the media that evening, saying that Paul was "the kind of boy who would talk to and make friends with anybody."[1]

In the 1960s, Betsy Jane retired and moved to Fountains Close in Hanworth, where she was finally able to achieve her goal of cultivating a cottage garden.

Betsy Jane was a strong lifelong supporter of the Labour Party. When she could no longer drive, local party members drove her to and from the voting booth on election days.

Weakened by heart failure and osteoporosis, Betsy Jane was frail by the time she was diagnosed with pancreatic cancer in the mid-1970s. The cancer metastasised, and Betsy Jane was cared for at home where she died on 20 October 1976 aged 72. 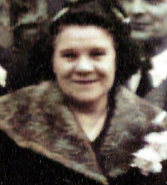 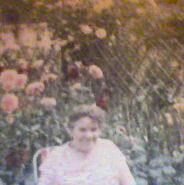 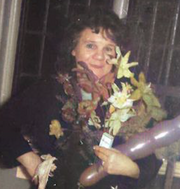