Familypedia
Register
Don't have an account?
Sign In
Advertisement
in: Obama (surname), Born in 1961, People on Wikipedia,
and 59 more

44th President of the United States

Barack Hussein Obama II was a junior United States Senator from Illinois who came from behind to win the 2008 Presidential campaign in the United States and took the oath of office to become the 44th President of the United States on January 20, 2009. "Barack" in Swahili means "One who is blessed by God".

Other ancestors of note

In his 1995 memoir "Dreams from My Father: A Story of Race and Inheritance", Obama wrote "while one of my great-great-grandfathers, Christopher Columbus Clark, had been a decorated Union soldier, his wife's mother was rumored to have been a second cousin of Jefferson Davis, president of the Confederacy." The wargs site believes the Jefferson Davis connection is false. 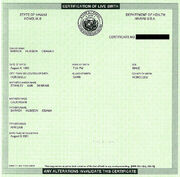 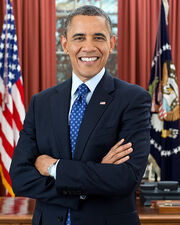