Familypedia
Register
Don't have an account?
Sign In
Advertisement
in: Lawrence (surname), Born in 1792, Died in 1855,
and 19 more

Born in Groton, Massachusetts, the son of American Revolutionary War officer Samuel Lawrence, Abbott Lawrence attended Groton Academy (now the Lawrence Academy at Groton). Upon his graduation in 1808, Lawrence became an apprentice to his brother, Amos, as chief clerk in his brother's firm. On the conclusion of his apprenticeship, in 1814, the Lawrences formed a partnership, specializing in imports from Britain and China, and later expanded their interests to textile manufacturing. Initially called A. & A. Lawrence, the firm later was named A. & A. Lawrence and Co. It continued until Amos's death, and became the greatest wholesale mercantile house in the United States. It was successful even in the hard times of 1812-1815.

The firm did much for the establishment of the cotton textile industry in New England. In 1830, it came to the aid of financially distressed mills of Lowell, Massachusetts. In that year, the Suffolk, Tremont and Lawrence companies were established in Lowell, and Luther Lawrence, the eldest brother, represented the firm's interests there.[1] When Amos retired from the business in 1831 due to ill health, Abbott became head of the firm. In 1845-1847, the firm established and built up Lawrence, Massachusetts, named in honour of Abbott, who was a director of the Essex Company, which controlled the water power of Lawrence, and later was president of the Atlantic Cotton Mills and Pacific Mills there. Many[who?] cite the Lawrence brothers as the founders of New England's influential textile industry.

In the 1820s, Lawrence became a prominent public figure—a vocal supporter of railroad construction for economic benefit.[2] He was an ardent protectionist, and represented Massachusetts at the Harrisburg convention in 1827. Lawrence was highly influential among Massachusetts Whigs[3] and in 1834 was elected to the 24th Congress as a Whig. He did not run for renomination to the 25th Congress, but was re-elected to the 26th Congress. In 1842, he was appointed commissioner to settle the Northeastern Boundary Dispute between Canada and the United States. He took an active part in the presidential campaign of 1844 as a supporter of Henry Clay, as he had done four years previously in the election of William Henry Harrison, and was a presidential elector in that year. Lawrence was elected a member of the American Antiquarian Society in 1846,[4] and subsequently was also elected a Fellow of the American Academy of Arts and Sciences in 1847.[5]

In 1848, Lawrence was an unsuccessful candidate for vice president on the Whig ticket, headed by Zachary Taylor. With Taylor's presidential victory, he offered Lawrence a choice of positions in the administration. After rejecting a cabinet appointment, Lawrence chose the post of minister to Great Britain. He was involved in the negotiations of the Clayton-Bulwer Treaty, and resigned in October 1852, and returned to the United States to join the presidential campaign of Gen. Winfield Scott; however, he soon grew dissatisfied with the Whig stand on slavery, and estranged himself from the party.

Lawrence was active in Boston's Unitarian Church and donated money to various causes.[6] He supported Lawrence Academy, affordable housing in Boston, and the Boston Public Library. He also provided $50,000 to establish the Lawrence Scientific School at Harvard College,[6] and provided a similar sum in his will for the School. He died in Boston on August 18, 1855, aged 62, and was interred in Mount Auburn Cemetery, Cambridge, Massachusetts. 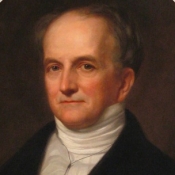